The raft was one of the original and simplest modes of transporting people across water. Through time rafts were modified for use as lifeboats and used by militaries around the world. The first record of commercial rafting dates back to the 1940s in the United States of America. It was at that time that the word rafting began to be equated with recreation, adrenaline, fun, and of course wild rivers.  Rafting is an exciting outdoor activity combining sport with pristine natural beauty that creates an opportunity that should not be missed.

A number of years passed before rafting as recreation appeared in Slovenia. Around 1972, the first kayakers appeared on the Soča. Foreigners from northern Germany were the first to recognize Slovenia’s gem, the Soča, and its unspoiled natural beauty and appreciate it as an opportunity for kayaking. The first kayaking was non-commercial and was organized simply by kayak enthusiasts. Rafting appeared several years later, around 1988. Rafting has from the outset been mainly a commercial undertaking.

The early pioneer days of rafting were quite interesting. The appearance of the rafters at that time would be considered comical today as their equipment was often lacking and would even be considered rather strange.

Our modern rafts have small holes in the sides or at the ends to allow water to drain. The first rafts used on the Soča did not possess this feature. As the rafts hit the rapids, they quickly began to take on water which made the boats heavy and difficult to steer. The rafting pioneers solved this problem by assigning one of the persons in the boat to bail out the raft with a bucket.

Solutions were improvised in every area, even with equipment. The Soča river is an Alpine river, so the water temperature is always very low, ranging from 7 degrees in the spring to 14 in the summer. In the early years, rafters wore rubber gloves used for washing dishes to protect their hands in the cold water. Their other gear was anything but warm and comfortable. The use of helmets was more of an exception rather than the rule.

In the early day of rafting on the Soča, the guides were far more reckless as compared to today’s standards. Today safety is paramount. Before it was totally about maximum enjoyment and the adrenaline rush that was available predominantly on the most dangerous parts of the river. Now, the focus is on balancing enjoyment with safety and avoiding the areas of greatest risk.

Rafting continues to grow in popularity in Slovenia. Each year more and more people come to Bovec to enjoy rafting on the Soča as well as the other water sports available on the river. We who have followed in the steps of the pioneers of this sport continually seek to promote rafting in the Soča valley.  The adventure of rafting the Soča remains long in one's memory.

We invite you to come to the enchanting emerald Soča and have your own unforgettable experience on this amazing river. 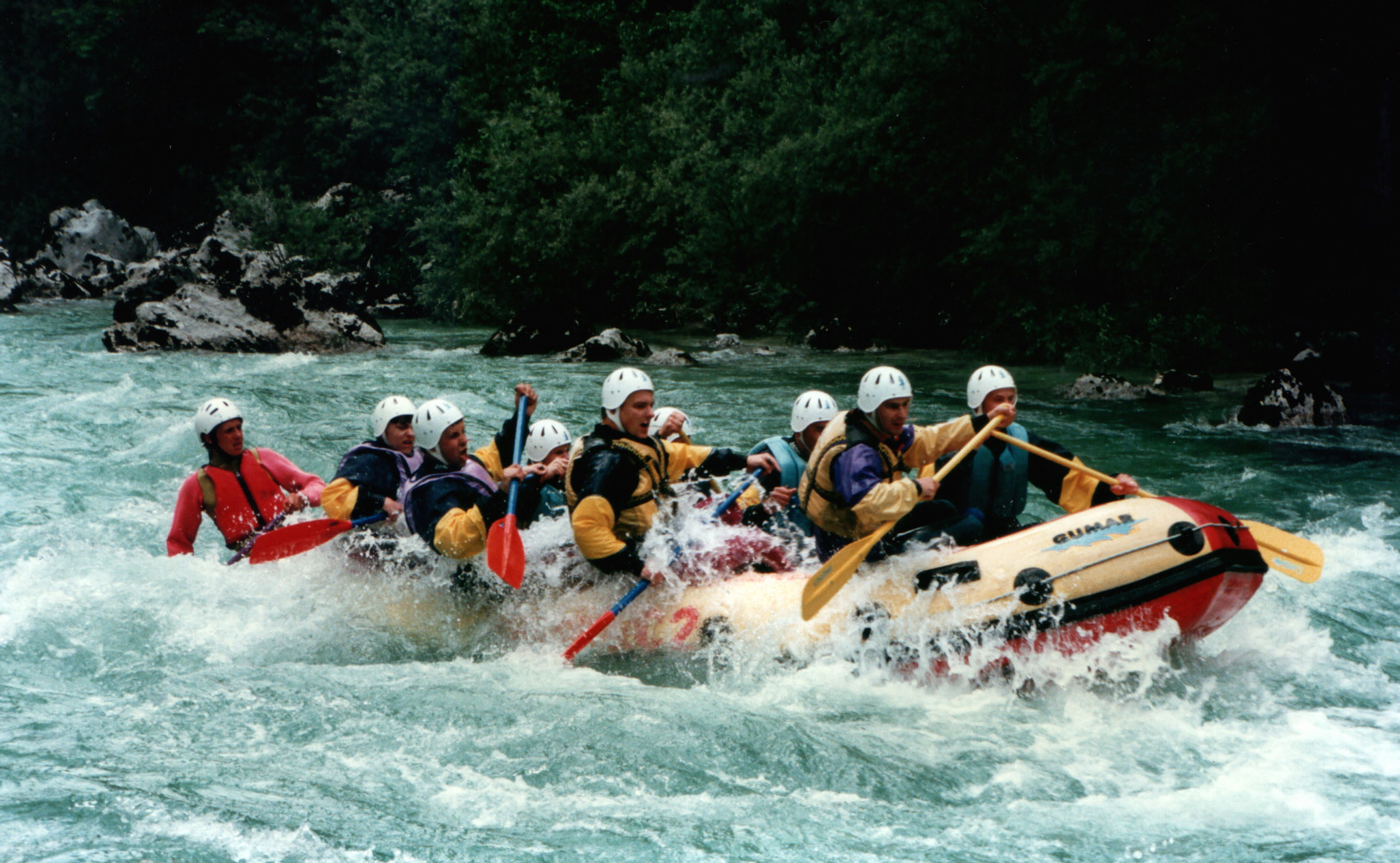 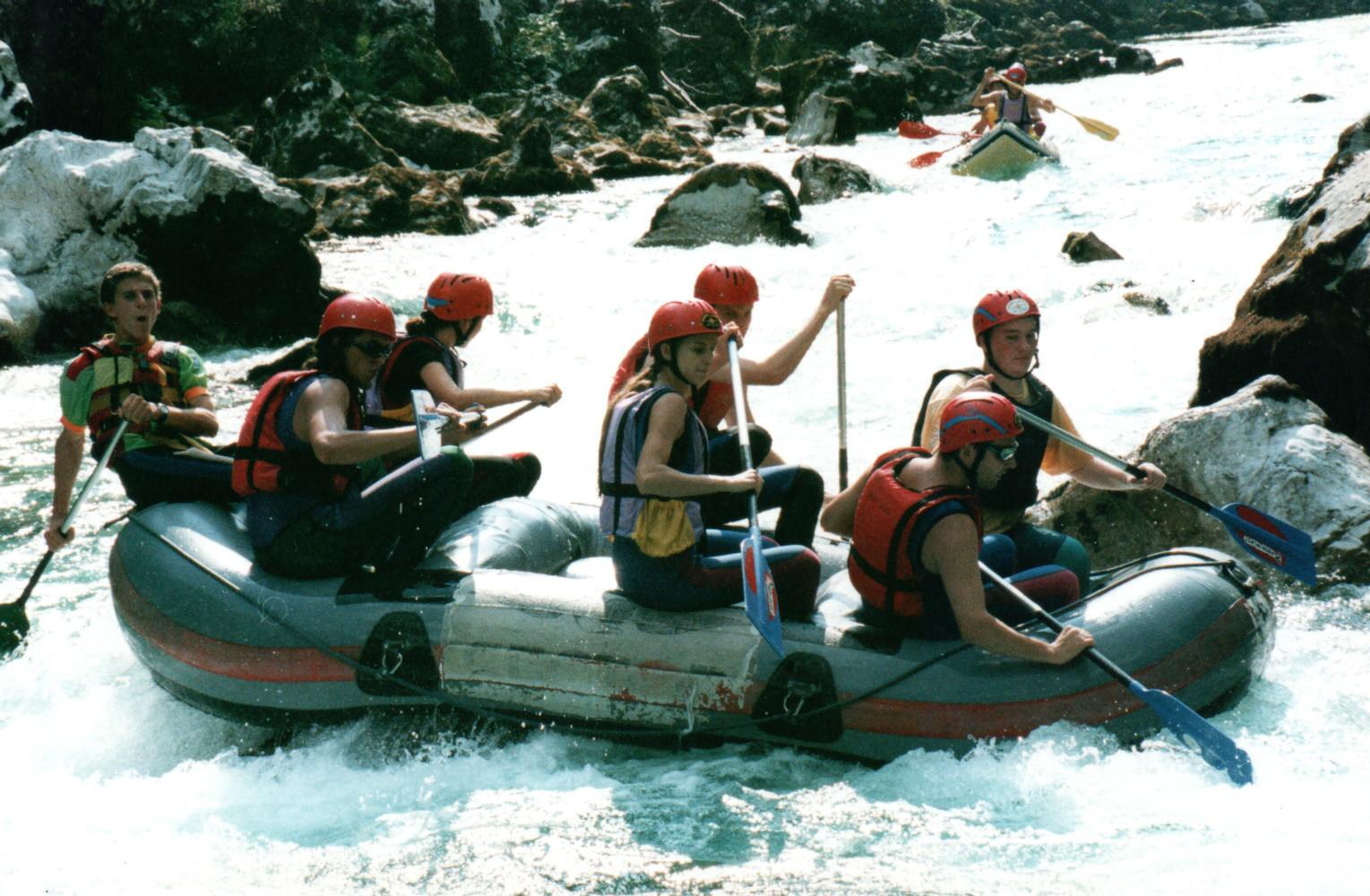 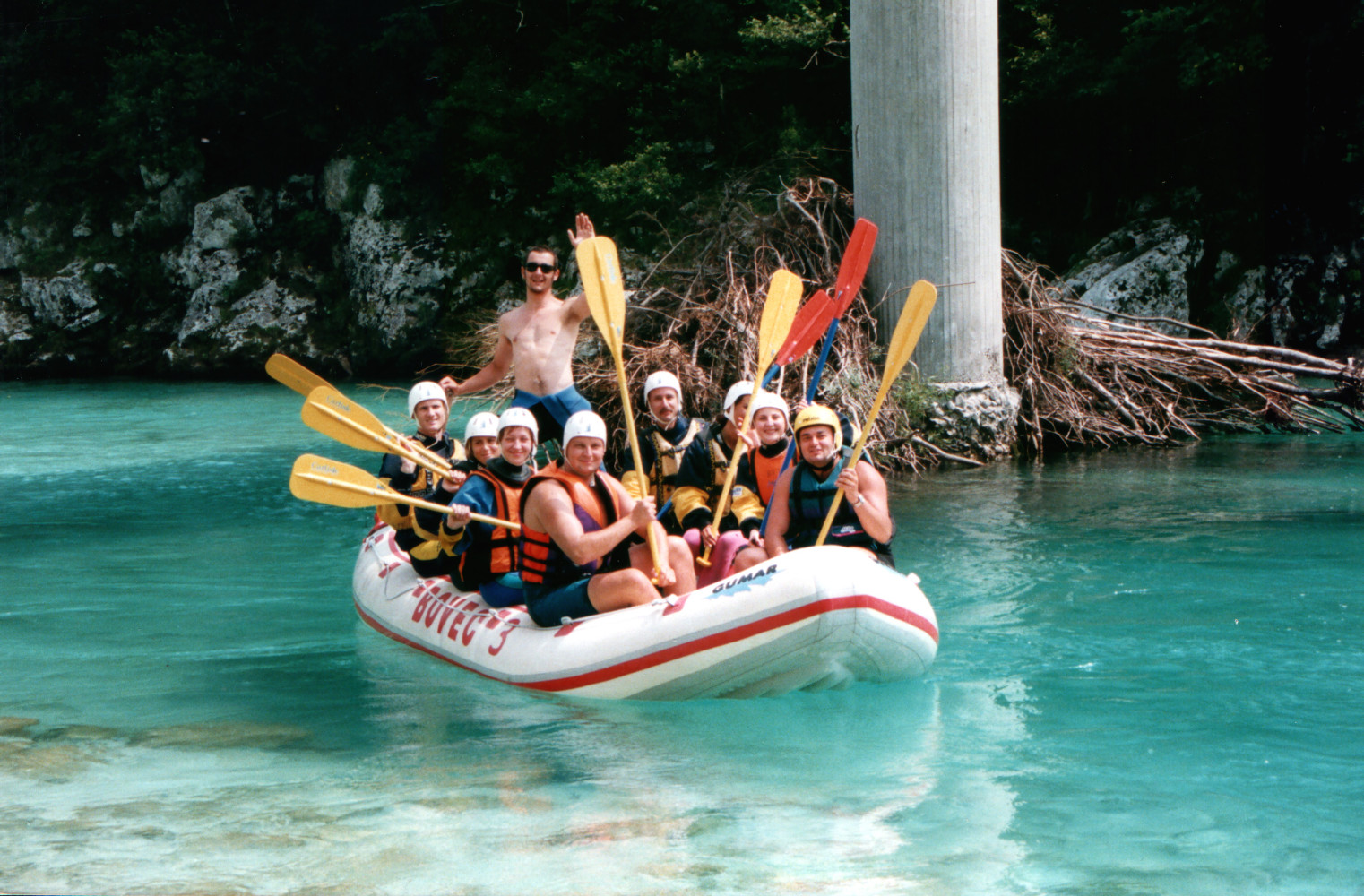 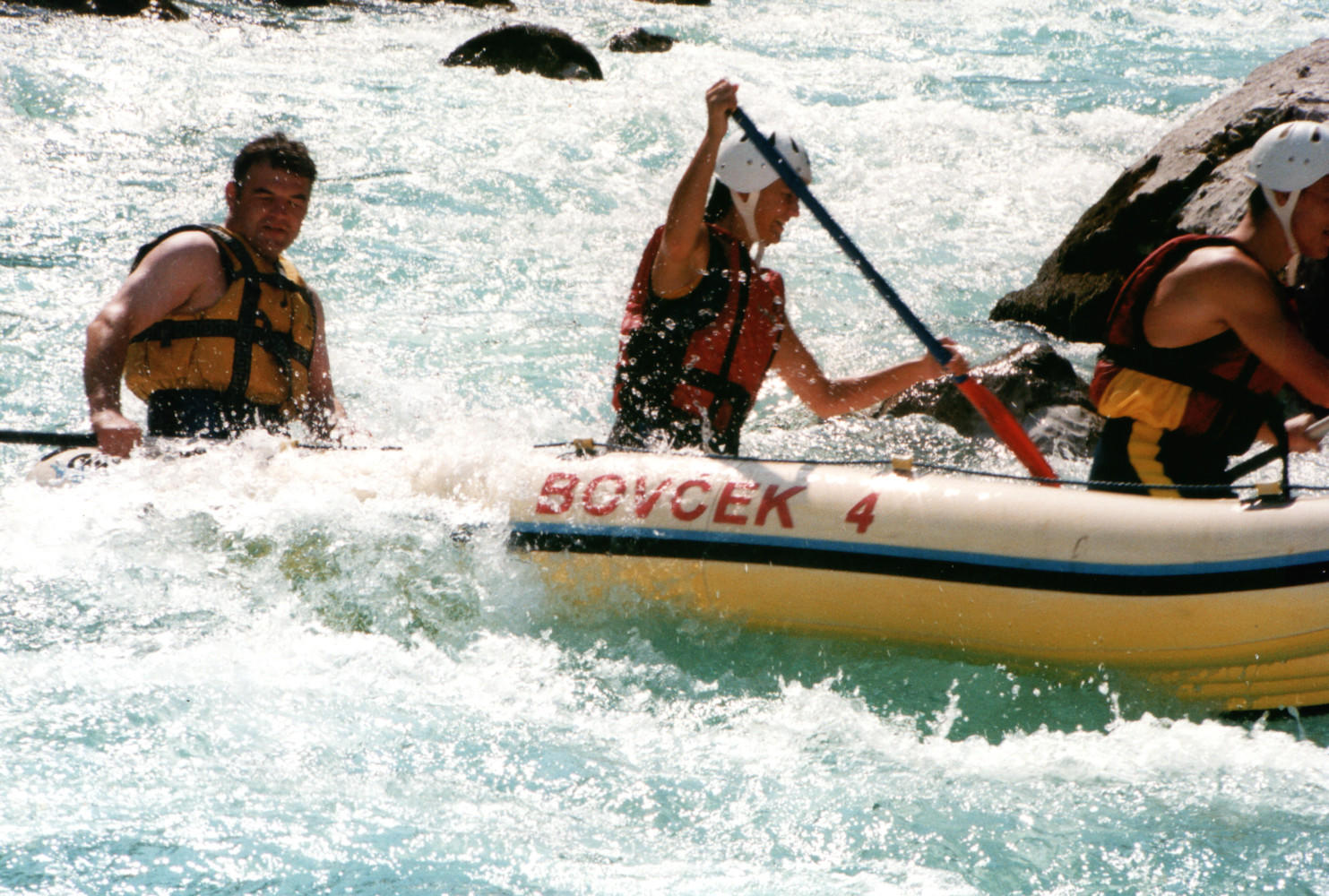 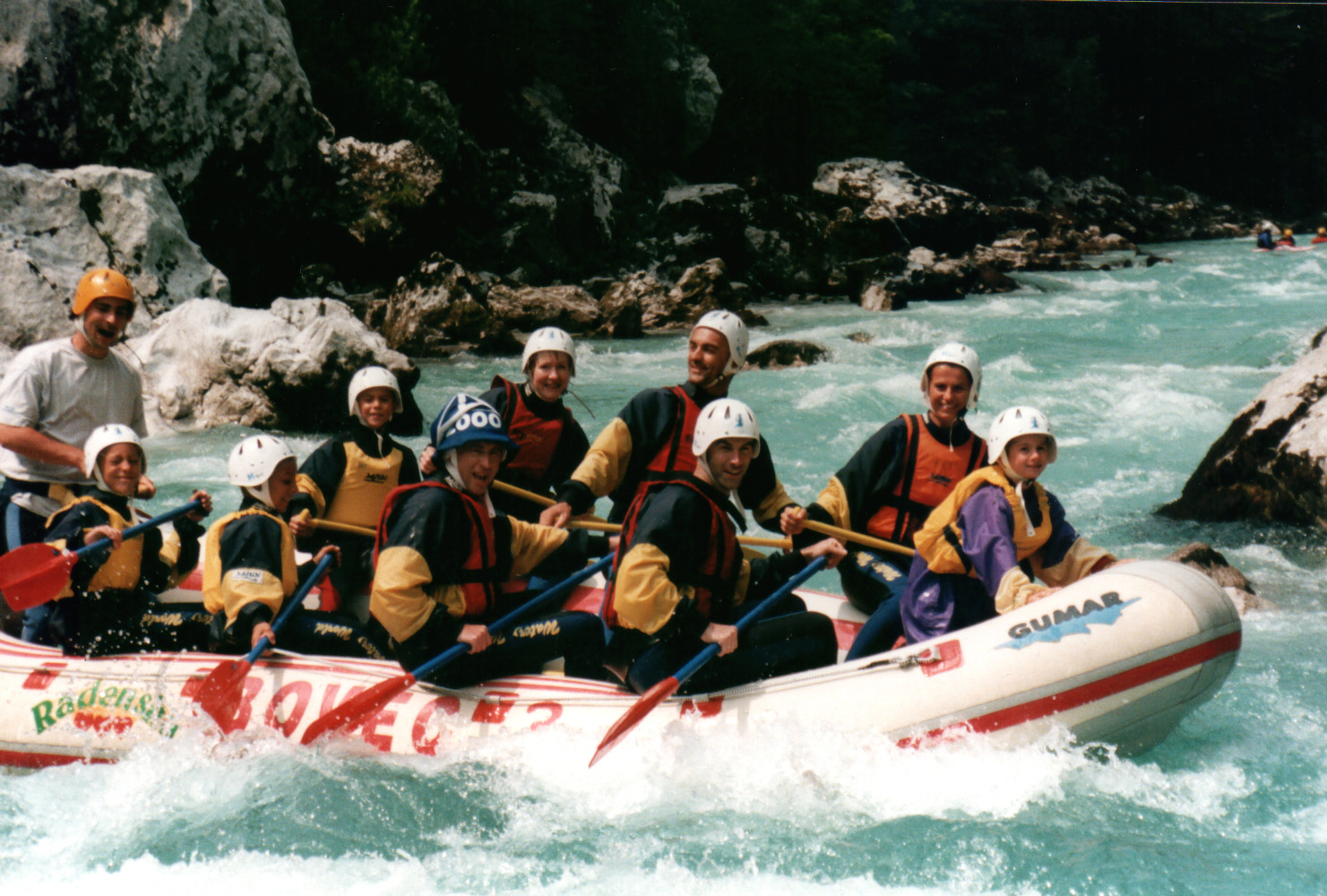 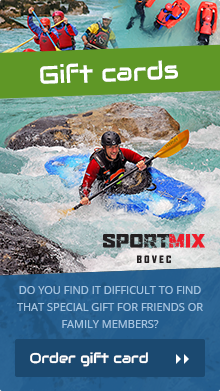